On the testserver is a new general introduced and a second allready active for a couple of weeks:


Even a new garisson has been introduced: 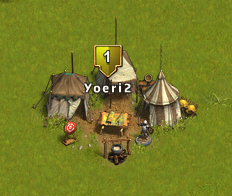 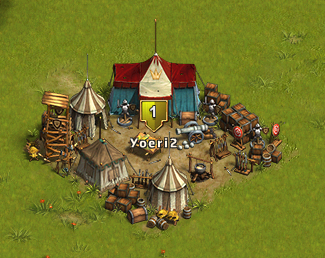 NOTE: it's all still in testing stage so subject to change!
August 2013: implemented in all worlds during the regular maintainance in the week of 5-12 august 2013
Happy testing & settling!
Geplaatst door YoeriH op 03:29

Email ThisBlogThis!Share to TwitterShare to FacebookShare to Pinterest
Labels: INFO

Guides from the past:

Hi TSO-fans,
Here is my collection of guides & information about all the adventures in the game:
'The Settlers Online'.
For all 'old' adventures are guides available through this site. Of course I'm still improving guides & checking / reworking 3rd party guides.
The newer Ali Baba adventures are currently under research. It'll take some time to get decent guides online ;-)
If you have any comment / improvement with a guide: just leave a message down the guide - I'll look into it as soon as I can.
Cheers,
Y